Design Patterns for an Internet Of Things

Design Patterns provide well known ways to solve design problems commonly encountered in a particular discipline or problem domain. As an example, three different design patterns to handle traffic flow at a road intersection are stop signs, traffic lights, and roundabout. Each have advantages and disadvantages specific to particular traffic patterns and other contextual factors.

IoT presents design problems in many areas and at many levels in the system. There are many diverse use cases, with different resource constraints, and with many standards, products, and technologies available. How do we determine which are appropriate, what the specific advantages and disadvantages are without a context from which to evaluate their use?

Design patterns provide a way to build an end to end solution in well specified ways and to provide an understanding of the use of different components of the system in a system context. A reference architecture can be constructed from a set of design patterns, and from this the behavior of the system may be modeled and understood.

The articles published here up to this point have focused on a set of design patterns around data models and information models for the Internet of Things, and most recently began investigating an open stack approach, where use-case appropriate end to end solutions can be built from various components and design patterns.

Next I would like to look at a set of system design patterns useful in the construction of IoT architecture solutions, with a focus on common patterns for interoperability. I have divided the design patterns somewhat arbitrarily into areas of information models, interaction models, application programming models, infrastructure models, and use case patterns.

The design pattern examples were drawn from www and internet, best practices and standards, those which appear to be successful and well known, and those which satisfy some need or solve some problem. These are only examples and not meant to be exhaustive. However, the intention is to enable covering most common IoT use cases using a set of design patterns which can use  well known standards and practices.

Each of these areas is further decomposed into a spectrum of higher level patterns built on lower level patterns. I present only a few examples of common design patterns; this is not meant to be an exhaustive treatment of the subject. 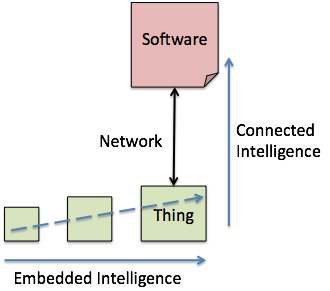 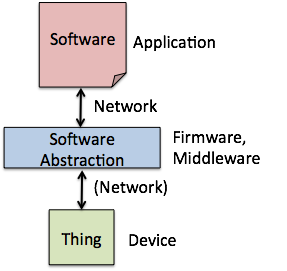 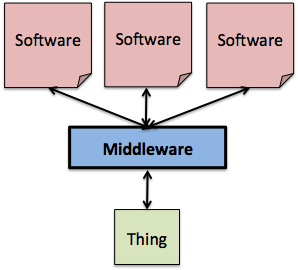 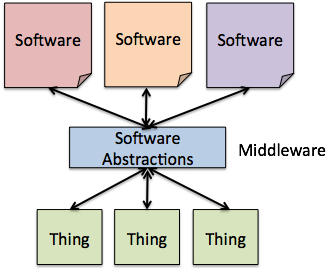 Design patterns for IoT use cases describe the system level use case mapped onto high level design patterns like gateways and web services: 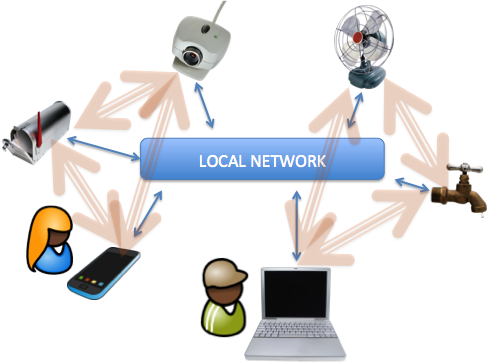 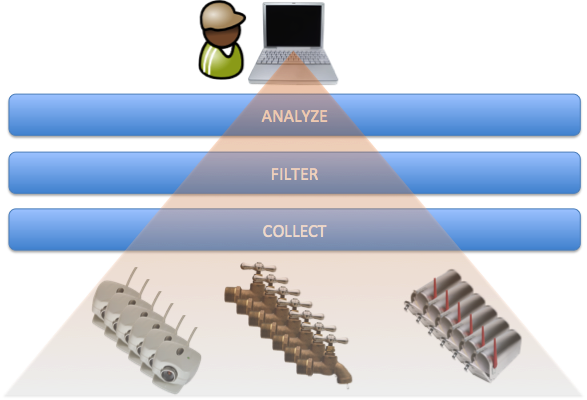 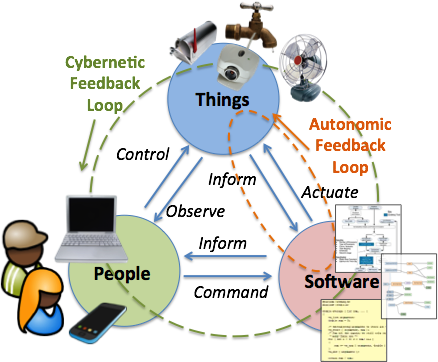 There are many more design patterns at all levels of design. The following list contains some more common patterns based on modern web patterns and practices that are relevant to IoT architecture.

Design Patterns for Interaction describe how different parts of a system interact and communicate with each other, including communication protocols. Some examples:

Design patterns for Application Programming describe ways that software and interfaces are created, managed, deployed, and used in IoT applications.

Design patterns for infrastructure describe how different network and device technology is used to solve problems with the physical infrastructure of IoT. How do low power devices connect to wireless sensor networks and ultimately connect to services and applications:

There is no one “reference” architecture for an Internet of Things. Design Patterns are a way to construct architecture solutions for specific use cases and use case classes.

The work to find system architecture solutions to Internet of Things problems has led to an obvious conclusion that there is no single architecture appropriate for most IoT use cases. The full spectrum of IoT presents a broad range of diverse use cases and resource constraints, and thus motivates a range of architecture solutions. Still, we would like to ground the discussion in a reference set of technical concepts, to help promote a unified understanding and break down the silos of thought around IoT architecture. We would also like to find opportunities for standardization and commonality.

Different architecture solutions are appropriate for different use case classes, and architecture is expected to be reusable within a particular class of use cases.Therefore it makes more sense to talk about IoT architecture as a set of Design Patterns, working together to achieve an end-to-end solution for some problem.